Oscar-winner Forest Whitaker will appear in Marvel’s Black Panther movie, the film studio has announced. In a statement, Marvel confirmed Whitaker’s involvement, explaining that he will play the character Zuri, described as an “elder statesman in Wakanda.”

Black Panther is directed by Ryan Coogler (Fruitvale Station, Creed) and also stars Chadwick Boseman as T’Challa and Michael B. Jordan as Erik Killmonger. Lupita Nyong’o (Star Wars) plays Nakia and Danai Guira (The Walking Dead) will play Okoye. Both are members of the Dora Milaje, a team of all-female bodyguards.

Kasumba’s character, Ayo, is also a member of the Dora Milaje; you might remember that she played the same role in Captain America: Civil War. Kaluuya plays W’Kbai, who is described by Marvel as a “confidant” of T’Challa. For his part, Duke plays M’Baku, a leader of a rival Wakanda tribe.

In a recent interview, Boseman explained that Black Panther was a different hero to the fast-talking, quip-laden likes of Iron Man or Ant-Man, and this would influence the film. “For me, most of the time the darker superhero movies are the ones that I gravitate towards, that I love the most,” he said. “I’m glad that the tone of [Black Panther] may be a little grittier.”

A new trailer for Resident Evil: The Final Chapter was released this week at New York Comic-Con, showing off some intense zombie-action and teasing out story elements. Director Paul W.S. Anderson said during a panel that he expects The Final Chapter to be the scarier than any other entry in the series or any film he’s ever made. Now, he’s spoken to Collider to share more details on the film’s scare factor.

He told the site that his 1997 sci-fi/horror movie Event Horizon so far has been the scariest movie he’s made, “and this movie is scarier than that,” he said about The Final Chapter.

“It’s deliberately a return to I think the first Resident Evil movie was probably the most intense and the scariest of the franchise because it was all in the hive so it had a kind of claustrophobic intensity to it, it very much like a haunted house movie like inspired by The Shining orThe Haunting you know it had that kind of feel that you were trapped in this space with bad things that were gonna happen to you,” Anderson explained.

“This movie the last fifty percent of it is all in that same environment with that same intensity and that same scariness but even the stuff earlier in Washington D.C. there are some great… I mean there are some of the best scares that I’ve ever directed,” he added.

Anderson recalled watching Event Horizon with an audience and seeing some people turn away and scream because they could not handle the scares. It was a movie that was so harrowing and intense that “people just couldn’t bear to watch,” and The Final Chapter has a similar spirit, he said.

The Final Chapter hits theaters on January 27, 2017. Milla Jovovich stars as Alice, alongside Ali Larter as Claire Redfield and Ruby Rose in the role of Abigail. Anderson made all of the previous Resident Evil movies with Jovovich, his wife, in the lead role.

The next Resident Evil video game, Resident Evil 7, is scheduled to come three days before The Final Chapter arrives in theaters, on January 24, 2017 for PlayStation 4, Xbox One, and PC. 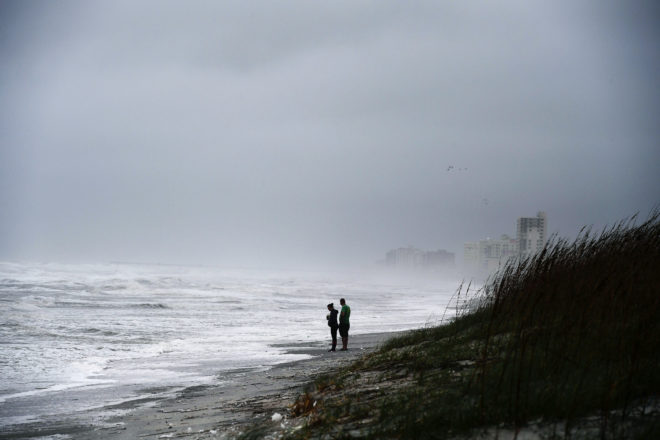 Nearly half of all Florida’s sandy shoreline is threatened by critical erosion. Big storms like Matthew only make that worse. The post Florida’s Beaches Have a Problem, and Hurricane Matthew Ain’t Helping appeared first on WIRED.
Go to Source
Author: Nick Stockton 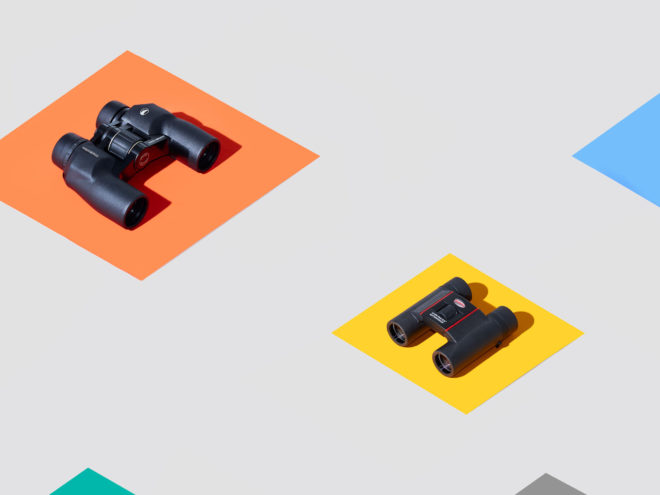 Children love birding, hiking, star-gazing, and sleuthing—especially if you give them the power of magnified vision. The post Power Up Those Wee Peepers With Some Kid-Friendly Binoculars appeared first on WIRED.
Go to Source
Author: Adrienne So 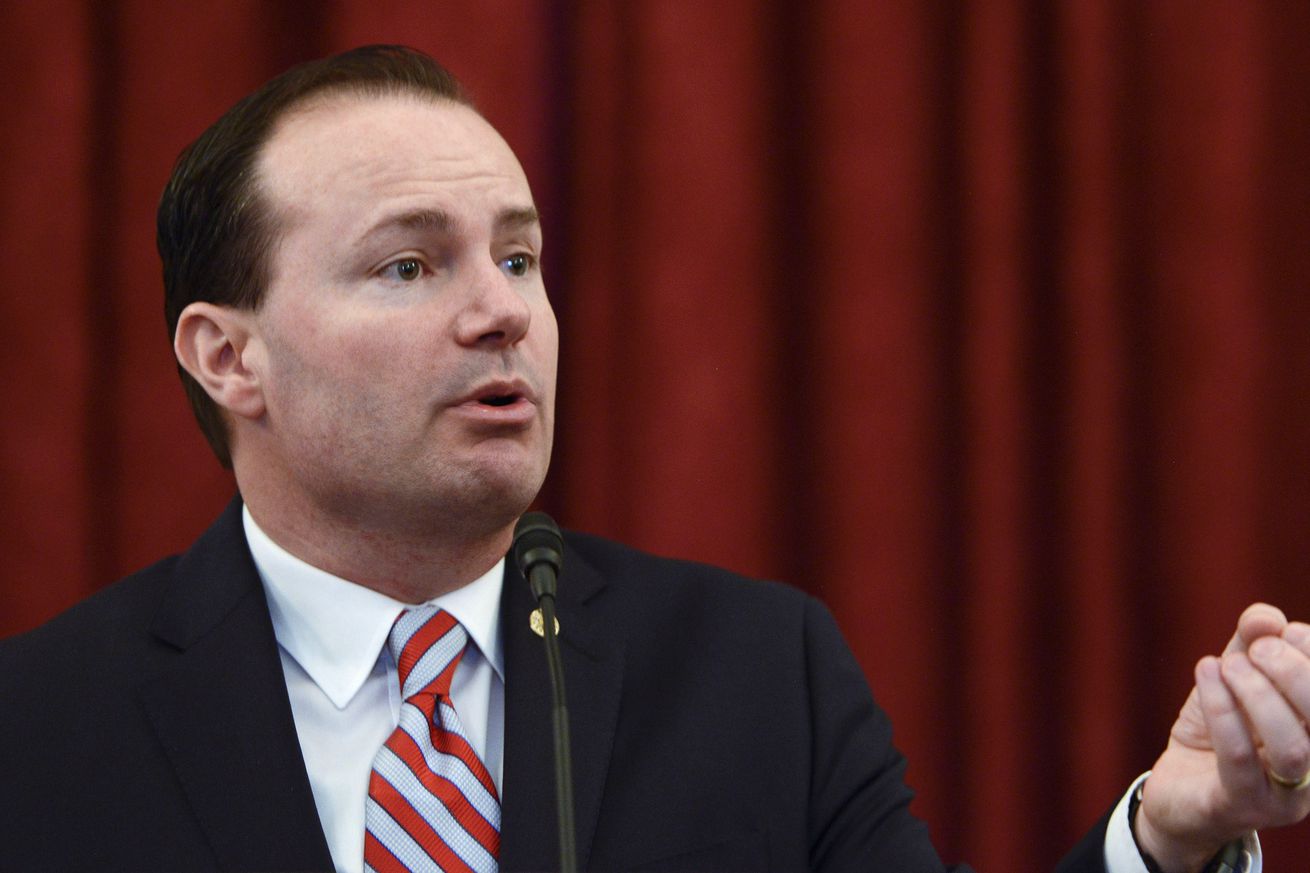 In a stunning late night Facebook Live video, Utah Republican Senator Mike Lee pleaded with Donald Trump to step aside and give up his nomination for President. The video, which Lee filmed from his home in Utah, is like many on Facebook Live — a single person, speaking to the camera, spreading a message. Trump used a similar tactic, though not as a live stream, when he apologized for comments he made about women that were published earlier on Friday.

But it is exceptional in that Lee, an 45-year old senator who took office in the Tea Party-surge of 2010, didn’t go to Fox News or CNN or MSNBC to spread his message. He went to an internet streaming service that didn’t exist a year ago. Of course, Lee’s plea to Trump wasn’t really aimed at… 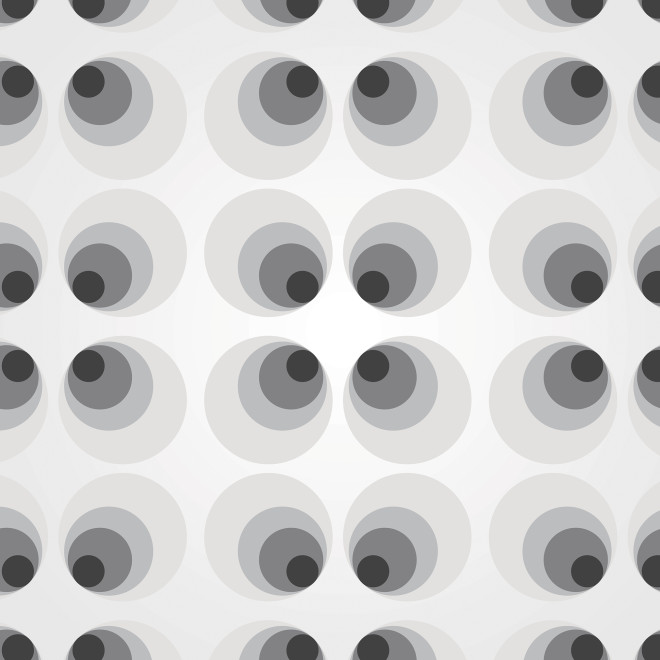 The U.S. government officially blames the Kremlin for hacks of the Democratic National Committee and others. But a U.S. response remains murky. The post Feds Pin Political Hacks on Russia. But How to Respond? appeared first on WIRED.
Go to Source
Author: Lily Hay Newman 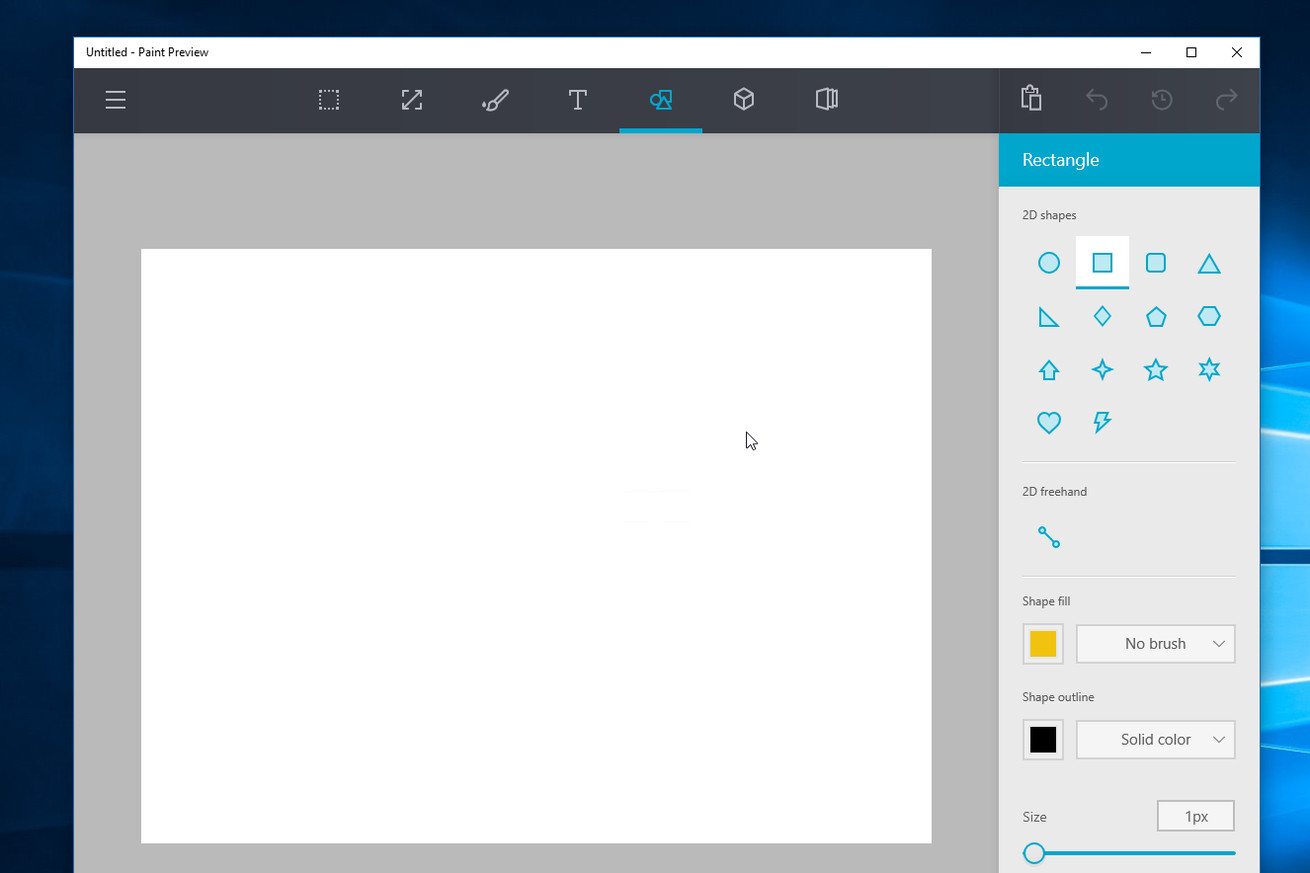 Microsoft is building a Windows 10 version of its famous Paint tool. While the software maker has barely updated Paint in recent releases of Windows, the new Paint app will be completely overhauled. Twitter user WalkingCat has discovered video demonstrations of the new app, and it’s clearly designed with Windows 10 in mind.

A launch video notes that the new “Paint Preview” app includes all the familiar features of the regular version of Paint, but Microsoft is adding in 3D object support — an ideal addition for HoloLens. Paint Preview users will be able to create 3D objects, and annotate them freely. Microsoft has a range of markers and art tools to help artists create objects, and brushes that can be used directly on 3D objects. All of…

At a New York Comic-Con panel today, actor Andy Serkis mentioned that War of the Planet of the Apes will be accompanied by a video game, for which he’s performing motion capture. The game is coming to consoles and releases around the same time as the movie.

Not much information was shared at the panel, and Andy Serkis remained tight-lipped in a post-panel interview with GameSpot. He did, however, divulge some information about the game to us, including that it’s coming to consoles.

“I don’t think it’s ever been done before,” Serkis said. “We created it at the Imaginarium, which is my studio. Without giving too much away about it, it’s not like a first-person shooter. It feels like an interactive movie. And that’s all I can say other than that it will be coming out around the same time as the movie.”

“It’s a companion piece, it’s not based on the characters from this movie,” Serkis added.

Serkis has featured in video games in the past. He worked with DmC Devil May Cry developer Ninja Theory on motion capture and voice work in Heavenly Sword and Enslaved: Odyssey to the West, in addition to voicing characters in Risen and Volume. The actor is also set to feature in the upcoming space video game Star Citizen. 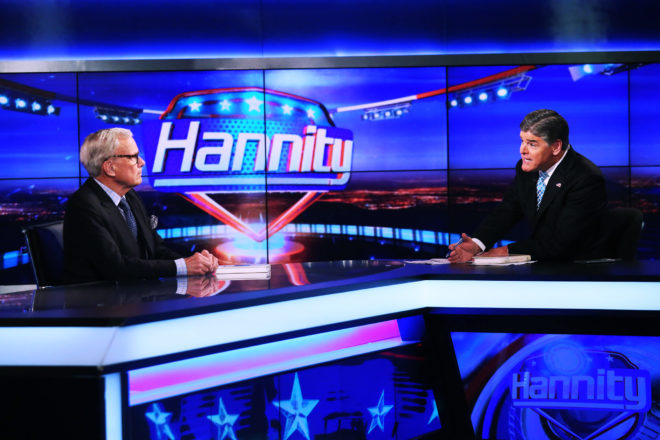 If you weren’t on the Internet this week you might have missed the spat between Sean Hannity and Megyn Kelly. Catch up here. The post While You Were Offline: Fox News Is No Longer a Safe Space, Folks appeared first on WIRED.
Go to Source
Author: Graeme McMillan 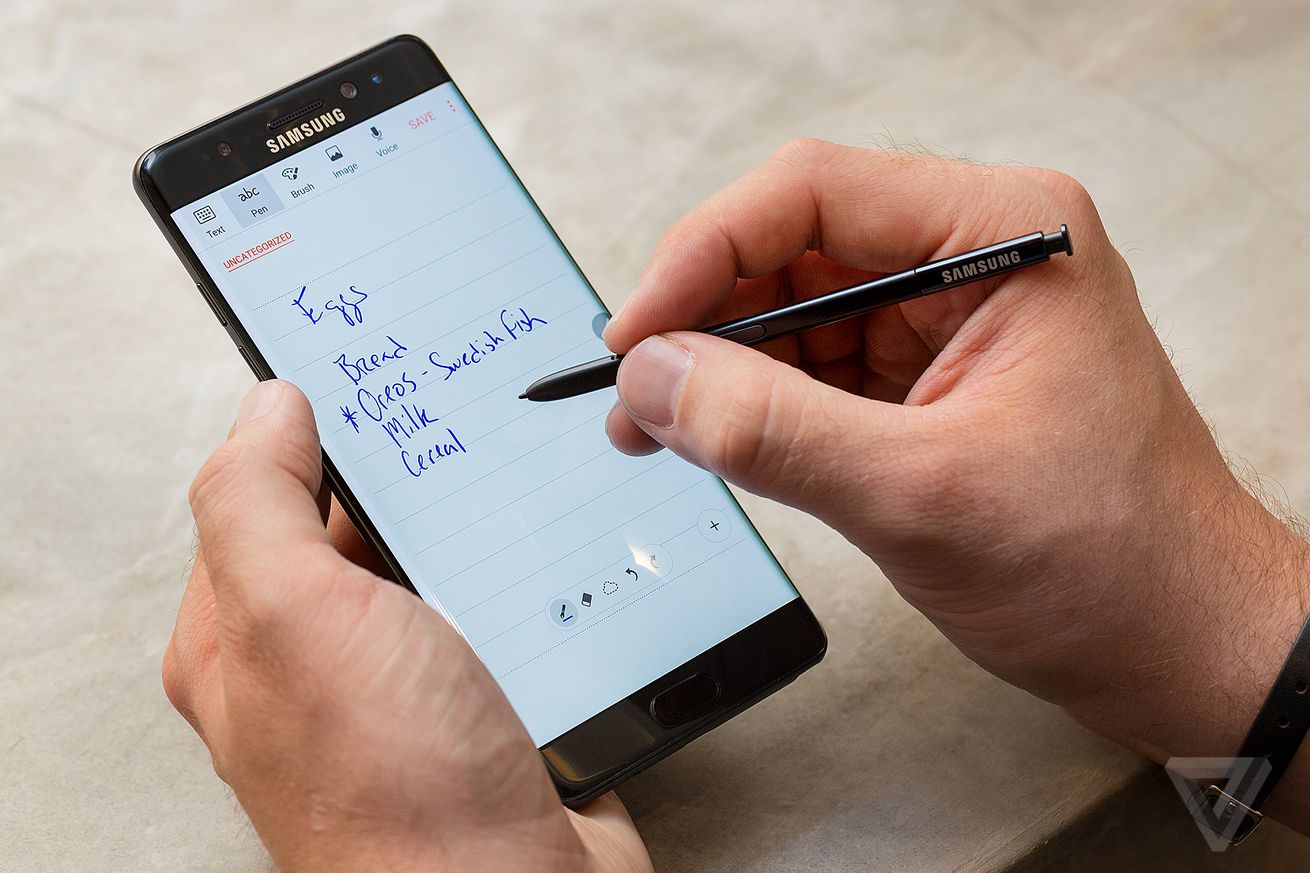 If Samsung doesn’t officially cancel the Galaxy Note 7’s release, US carriers might try and do it themselves. AT&T is considering ending all further sales of the plagued Note 7, according to a report from Bloomberg tonight. An official decision could come as soon as later this evening.

If true, AT&T will immediately cease sales of the “safe” replacement devices — one of which caught fire on a Southwest Airlines plane Wednesday — and the carrier may also stop exchanging defective Note 7s for the replacement phones. Instead, AT&T will let its customers who’ve bought the Note 7 return it for another smartphone. The company confirmed it would allow this earlier today, but stopped short of saying it planned to stop sales and exchanges of…