Nier Reincarnation, the upcoming mobile spin-off that will celebrate the 10th anniversary of the original Nier, has shown off combat in a new video. It looks very different from the action style of Nier: Automata.

The trailer is below, but we’ve also grabbed a screenshot from it showing combat to analyse further.

The combat looks like it could be turn-based, with large touch icons being assigned to each character. Based on the screenshot below, it looks like characters on your team of three will have two abilities assigned to them. The footage shows one member of the player team landing blows with ease, so don’t expect any traditional action combat with dodging and blocking.

It also looks like combat will be wave-based, which is an interesting twist. In the screenshot above, it also seems that two characters are heavy hitters, while the other is primarily a healer.

With cinemas currently closed around the US due to the COVID-19 pandemic, drive-ins are often determining which films top the box office, and it’s not always new movies. This weekend, for the first time since its 1997 Special Edition re-release, Star Wars: The Empire Strikes Back has topped the box office, Deadline reports.

The second Star Wars movie is expected to have earned between $400K and $500K across 483 locations across the weekend of July 10-12, which is enough for it to take the top spot. Black Panther and Inside Out are expected to land in 2nd and 3rd.

Other classic movies to top the box office over the last few weeks include Ghostbusters (July 3-5) and Jurassic Park (June 19-21). The figures they are earning are, of course, significantly less than a new movie would typically earn–before the pandemic, it was almost unheard of in the last decade for the top movie of any particular weekend to open to below $10 million.

Gary Whitta, the co-writer of Rogue One: A Star Wars Story and Season 1 of Telltale’s The Walking Dead, is working on something new, and it sounds big. The writer, who is currently hosting Animal Talking, a socially-distanced talk show set inside Animal Crossing: New Horizons, has teased a new project on Twitter.

On July 11, Whitta tweeted about having news that had made his week, and while he can’t say much, he revealed that he “sold a movie.” What the movie is about, and who it was sold to, remains unclear, but he says it’s a “big one.”

Overall it was kind of a meh week but today came in strong with a GREAT ending, for reasons that will become apparent to you all at some point in the future. Can’t say more.
Okay, okay. I sold a movie. A big one. Writing and producing. Hope to be able to talk about it soon!

Whitta will write and produce the movie, and absolutely no further details are known right now, including whether it’s an original idea or set within an established universe.

With the launch of next-generation consoles coming up later this year, Microsoft and Sony are ushering in the next era of gaming. The companies are taking slightly different approaches. Sony has said it plans to release PS5-exclusive titles right out of the gate, while Microsoft has spoken time and again about not doing this with the Xbox Series X, and instead launching titles across its family of devices.

Xbox boss Phil Spencer told GI.biz that he’s so passionate about this because he wants to make Microsoft’s games available to people no matter what device they have. Forcing people to buy new hardware is against what the spirit of gaming is all about, Spencer said.

Assassin’s Creed Valhalla will continue the trend of letting you pursue multiple romances throughout your adventure, but this time your options for lasting relationships have been expanded.

In advance of Ubisoft Forward, GameSpot recently sat down with Valhalla narrative director Darby McDevitt, who explained how the Viking-themed sequel will still let you explore as many relationships as you wish. This time, however, you’re able to engage with your partner in long-term relationships while also fostering multiple smaller ones on the side if you wish.

“There are definitely a couple of one-night-stands you can get involved in and they’re fun in their own ways but there’s also going to be some longer-term relationships,” McDevitt explained. “A little of both. If you want to be monogamous and have a single, ongoing relationship with somebody, you can do that.”

The Ubisoft Forward event has come and gone, and it brought a lot of big news about Assassin’s Creed Valhalla, Far Cry 6, Watch Dogs Legion, and Hyper Scape. Ubisoft also announced that its free-to-play 2D fighting game Brawlhalla is headed to mobile in August.

The game will release on mobile devices on August 6. Those who pre-register for iOS or Android can get a free skin for when the game is released.

Brawlhalla has been a huge success on console and PC, where it has “more than 40 million players” across Nintendo Switch, PS4, Xbox One, and PC. The game supports cross-play on those platforms, and cross-play will also be available on mobile at release.

As part of Ubisoft Forward, the developer shared a long list of new details about Assassin’s Creed Valhalla regarding the combat, how you can recruit cats, and that you’ll be able to switch between male and female Eivor at any point in the game.

Another detail confirmed during the presentation was that Valhalla will have a fishing mechanic–and it’s tied into another new system for the game. In Valhalla, your health does not automatically regenerate over time, so you will need to find ways to replenish it. One way is to catch and consume fish.

Given that Valhalla is set in 873 CE, the game does not feature actual fishing rods. So you will simply cast a line with your hand and try to catch a fish that way. Once you have a fish on the line, you’ll need to mash the A button to bring it in. You must control the direction of the fish and also the tension of your line to be able to successfully land the fish. 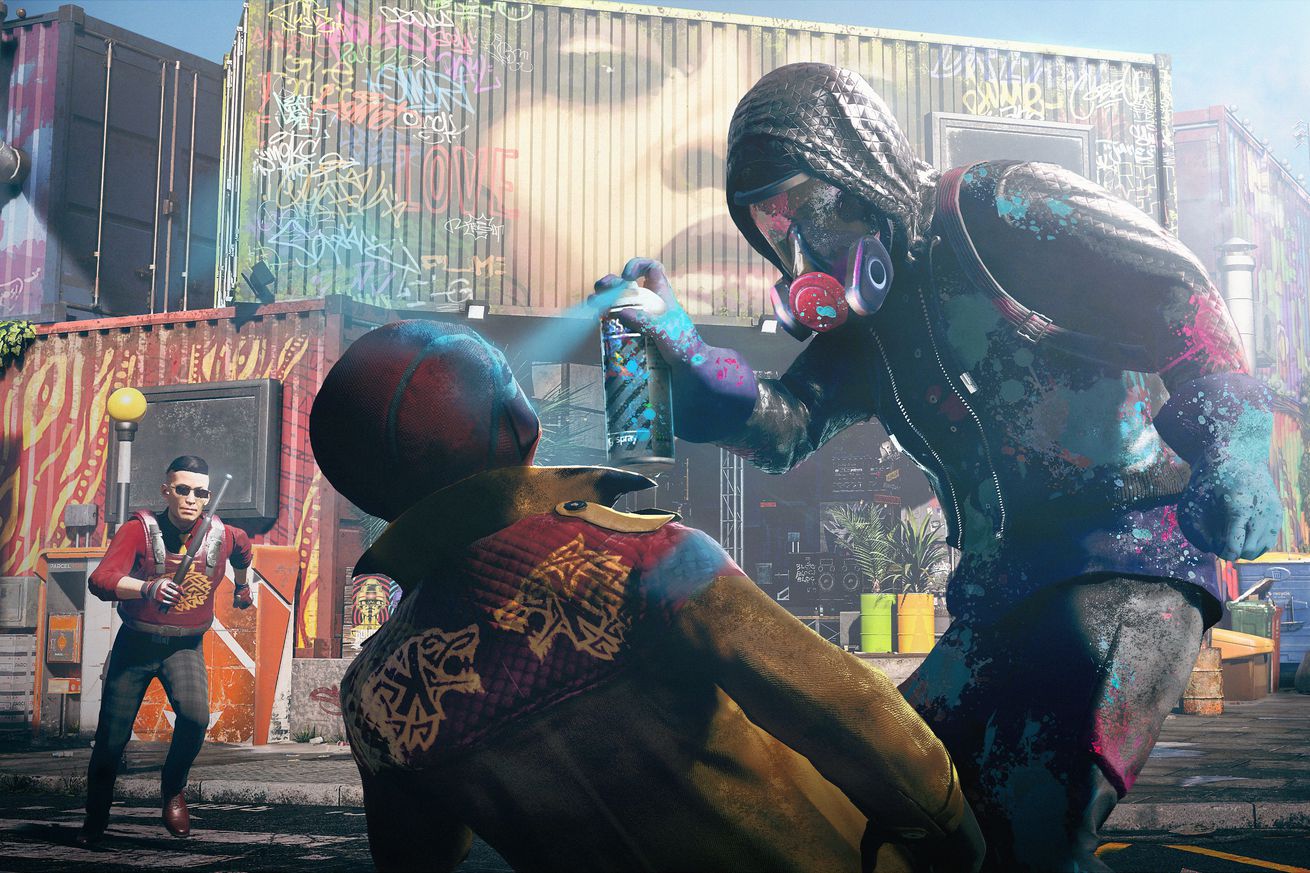 Ubisoft, like many other video game companies, was unable to host its typical in-person press conference at E3 in June due to the COVID-19 pandemic. Instead, it hosted a digital event on Sunday called “Ubisoft Forward,” revealing more about its biggest upcoming games. Those included Assassin’s Creed Valhalla, Watch Dogs: Legion, its newly-announced battle royale shooter Hyper Scape, Far Cry 6, and more. The company says it also plans to hold another Ubisoft Forward showcase later this year.

Ubisoft Forward comes at a difficult time for the company: Reports of a pervasive toxic culture at Ubisoft have recently come to light amid multiple allegations of misconduct levied against Ubisoft employees. Just yesterday, three prominent executives…

Far Cry 6 is the next game in Ubisoft’s open-world shooter franchise. While Far Cry 5 brought the series to North America for the first time, and with its follow-up New Dawn taking a surprising turn towards the post-apocalypse, Far Cry 6 brings the series back to its roots in a tropical locale. This return to the series’ roots also brings back a kind of protagonist who has more of a personal stake in the story, and FC6’s lead character will be more present and visible throughout the campaign.

Revealed during Ubisoft Forward, the protagonist of Far Cry 6 is Dani Rojas, is a native of the island of Yara–a country “frozen in time” due to economic sanctions. With the rise of a guerrilla revolution in the country, Rojas gets swept up in the push for change against Presidente Anton Castillo’s regime. Unlike other Far Cry protagonists who are outsiders making their way through a foreign land, Rojas has deep ties to the island, making their investment in its future more personal.

Taking cues from Assassin’s Creed Odyssey and Valhalla, players can choose from either a male or female version of Dani, and both will be fully voiced throughout the campaign. Furthermore, Dani Rojas will also appear in cutscenes interacting with other characters throughout the game, moving away from the first-person dialogue sequences and making the protagonist more visible. 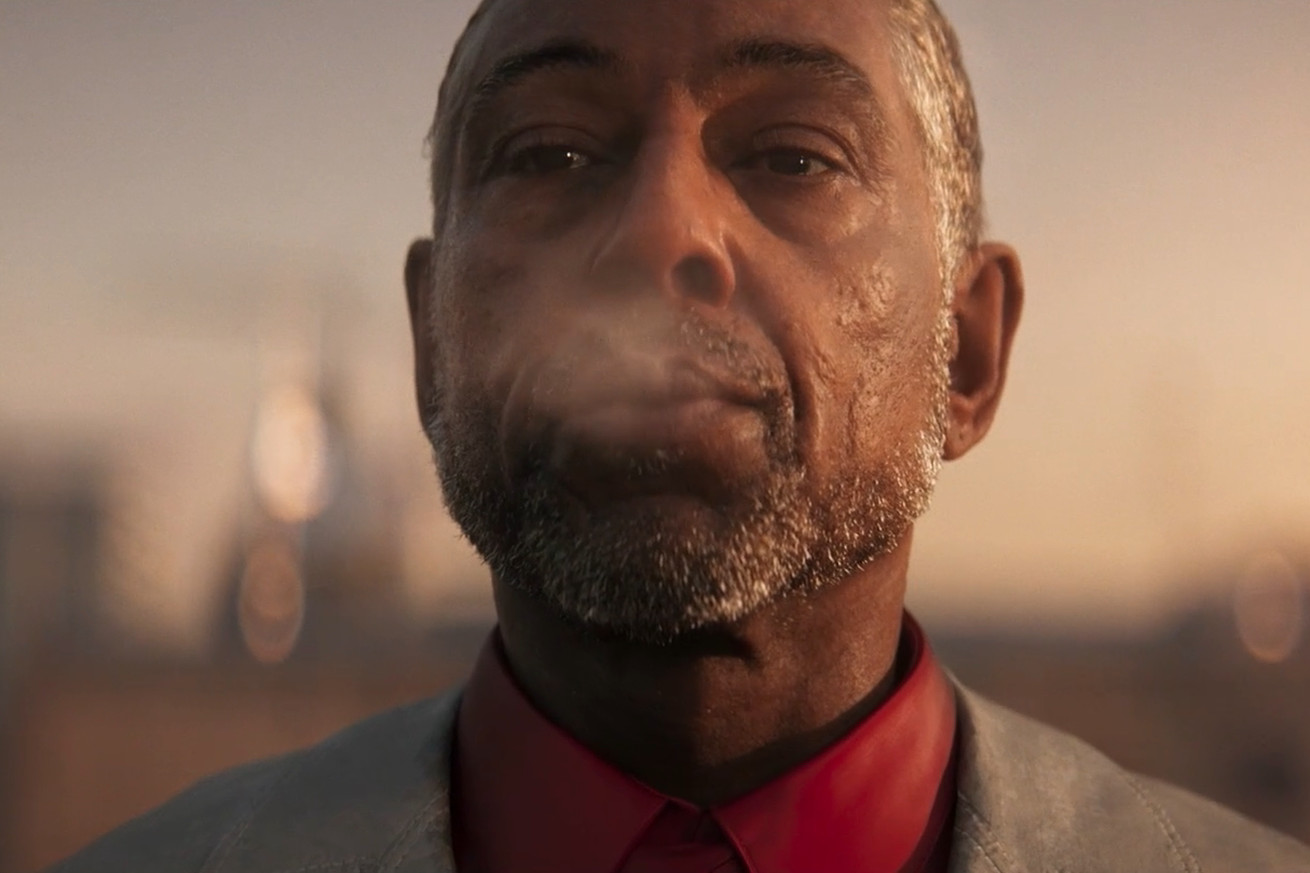 Ubisoft debuted the first trailer for Far Cry 6 as part of its Ubisoft Forward digital conference today. The cinematic trailer didn’t have any gameplay, but showed a city in revolt under the regime of a character played by Giancarlo Esposito, who is perhaps best known as Gus Fring in Breaking Bad and Better Call Saul.