It can be hard looking for a new TV, what with the copious amounts of jargon that makes parsing the different features a challenge. But Amazon Prime Day simplifies the task a little with some fantastic TV deals, including Samsung’s 85-inch Q80A 4K Smart TV that’s on sale for over $1,100 off right now. Normally $3,700, the 85-inch model is down to $2,600 (with an extra $200 knocked off by a coupon on the listing), plus you get another $200 Amazon credit with your purchase by using code IX6EQTI5E2T5 at checkout–effectively getting you the TV for $2,400. If you’re looking for a massive TV for your game room, this is one of the best Prime Day Samsung deals available now, alongside discounts on the company’s smartwatches, phones, and other tech.

The Q80A 4K Smart TV is a new 2021 model from Samsung, and notably, one of its four HDMI ports is an HDMI 2.1 input, which is needed to play games at 4K and 120Hz on your TV. Though it’s not a required feature for enjoying next-gen games on PS5 and Xbox Series X right now, it’ll let you get the most out of your powerful console. Unfortunately, there’s only one HDMI 2.1 port, but if you have only one of the next-gen consoles, that won’t be an issue. 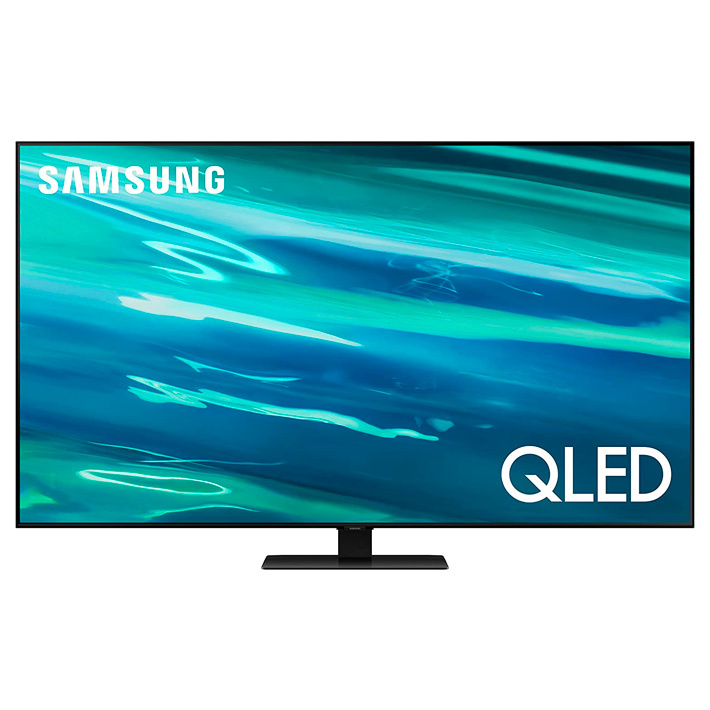