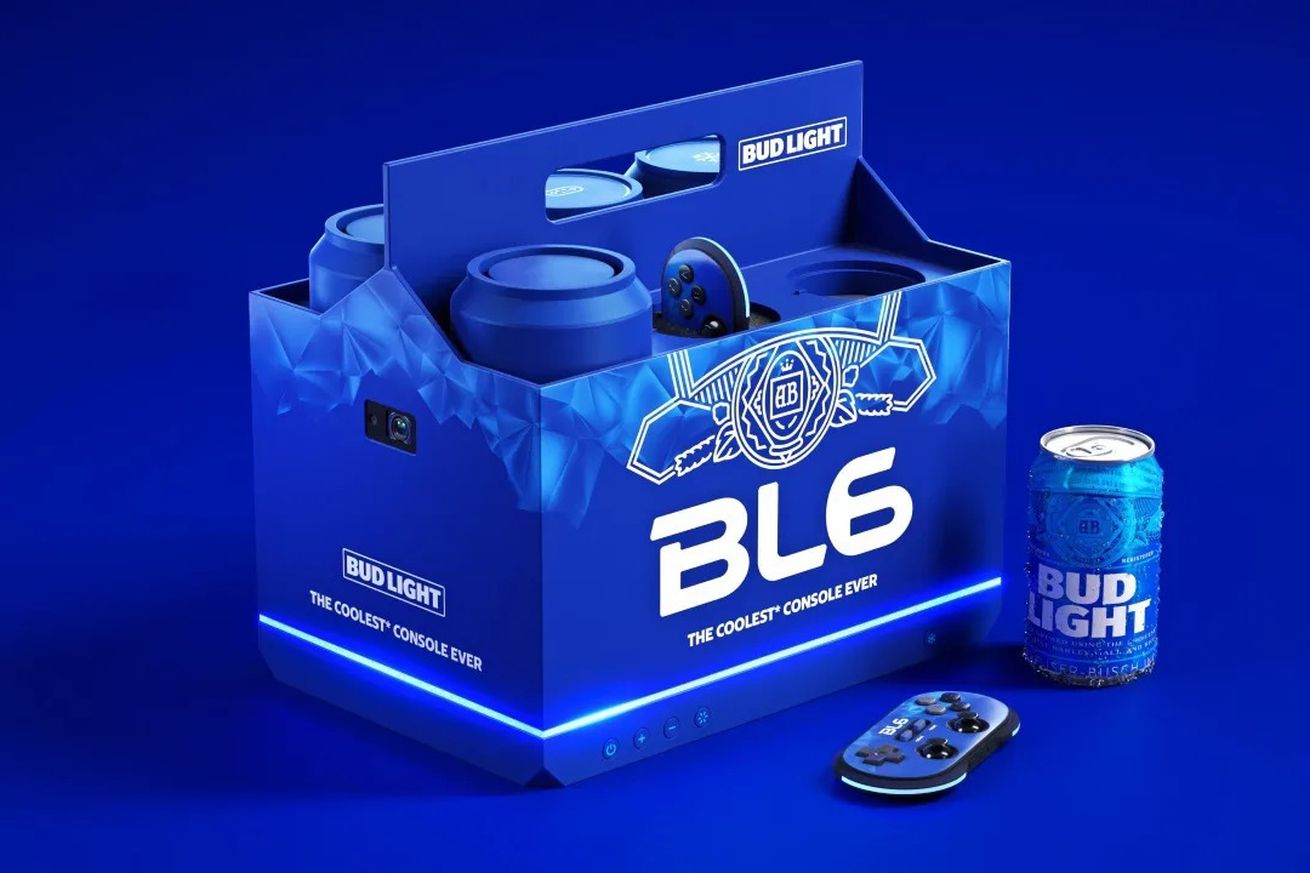 Bud Light, the beer brand produced by Anheuser-Busch, has created a video game console. It’s called the BL6, and yes, it will keep two of your beers cold. It has 16 gigabytes of memory and six games, including Tekken 7 and Soulcalibur VI. It has a built-in Asus projector. It has the form factor of a six-pack of beer.

Look, I’m not going to lie to you: I’m not sure why this exists. I’m not mad at it, though.

I love drinking beer as much as the next person, and while I don’t usually consume Bud Light, I do have an appreciation for booze companies doing weird video game stunts. (My previous favorite entrant in this category: Miller Lite’s “Cantroller,” which was a can of beer you could game with.)

But the problem with these devices is…