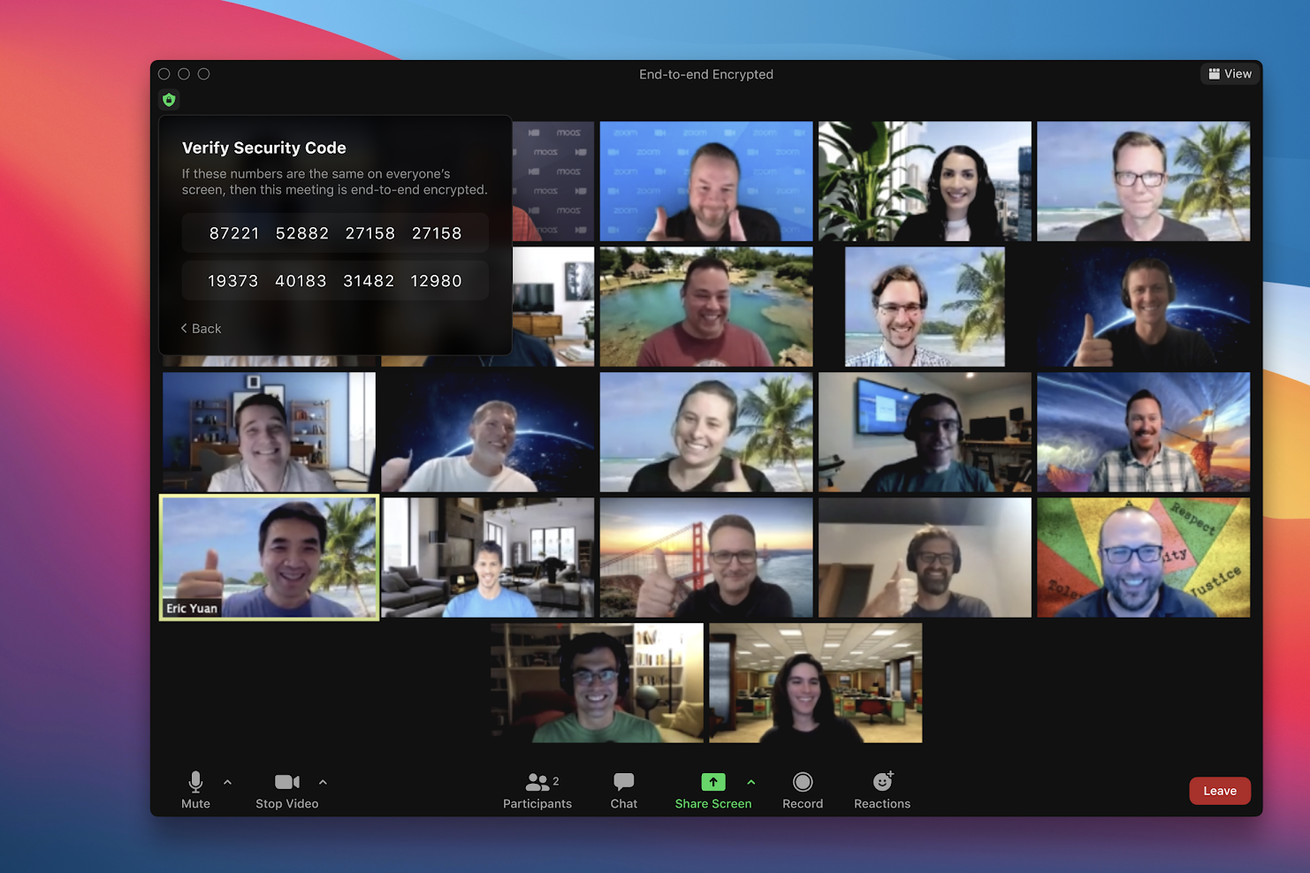 A padlock on the green shield at the top left of Zoom’s window show’s the meeting is end-to-end encrypted. | Image: Zoom

Zoom’s end-to-end encryption (E2EE) has arrived, letting both free and paid users secure their meetings so that only participants, not Zoom or anyone else, can access their content. Zoom says E2EE is supported across its Mac, PC, iOS, and Android apps, as well as Zoom Rooms, but not its web client or third-party clients that use the Zoom SDK.

E2EE has launched in technical preview, which means Zoom is asking for feedback on the feature for 30 days. However, the company says that E2EE will continue to be available after this period. Instructions on how to enable it can be found in Zoom’s help center.

Zoom has previously offered encryption for its calls, but the data was only encrypted between each meeting participant and Zoom’s servers, r…