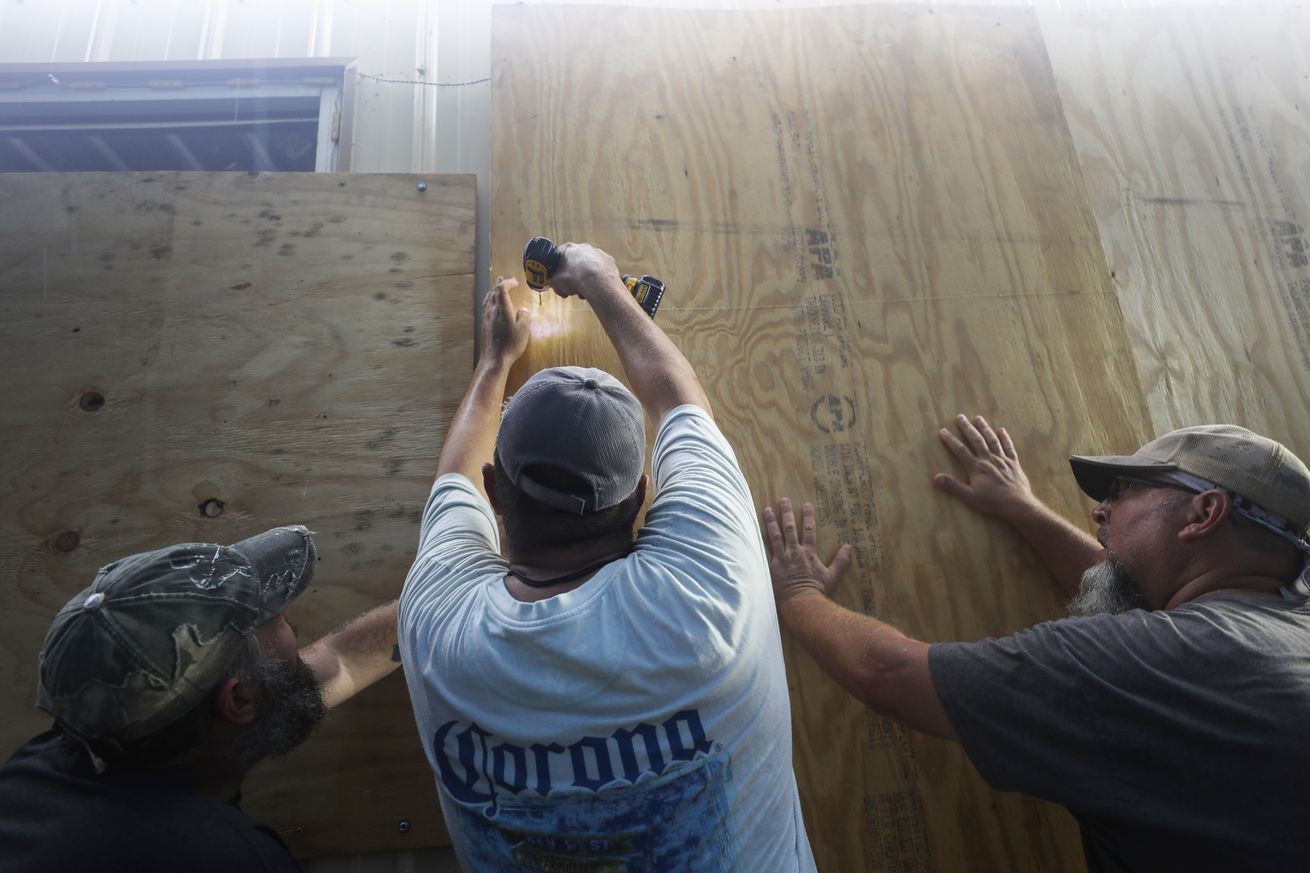 Local volunteers help board up a business ahead of Hurricane Delta on October 8th, 2020, in Lake Charles, Louisiana. Residents along the Gulf Coast are bracing for the arrival of Delta, which is expected to make landfall in Louisiana on October 9th. | Photo by Mario Tama / Getty Images

Hurricane Delta is the latest storm to threaten the US during a hurricane season that’s smashed records and mangled Gulf Coast communities time and again. The Atlantic hurricane season has lived up to early forecasts of an unusually busy year, and there’s still enough of 2020 left to set new records.

Since modern record-keeping, there have never been more than nine named storms to make landfall in the continental US. That’s forecast to change when Delta hits later today. If it does, it will be the first time since 2005 that five hurricanes have battered the mainland US within a single season.