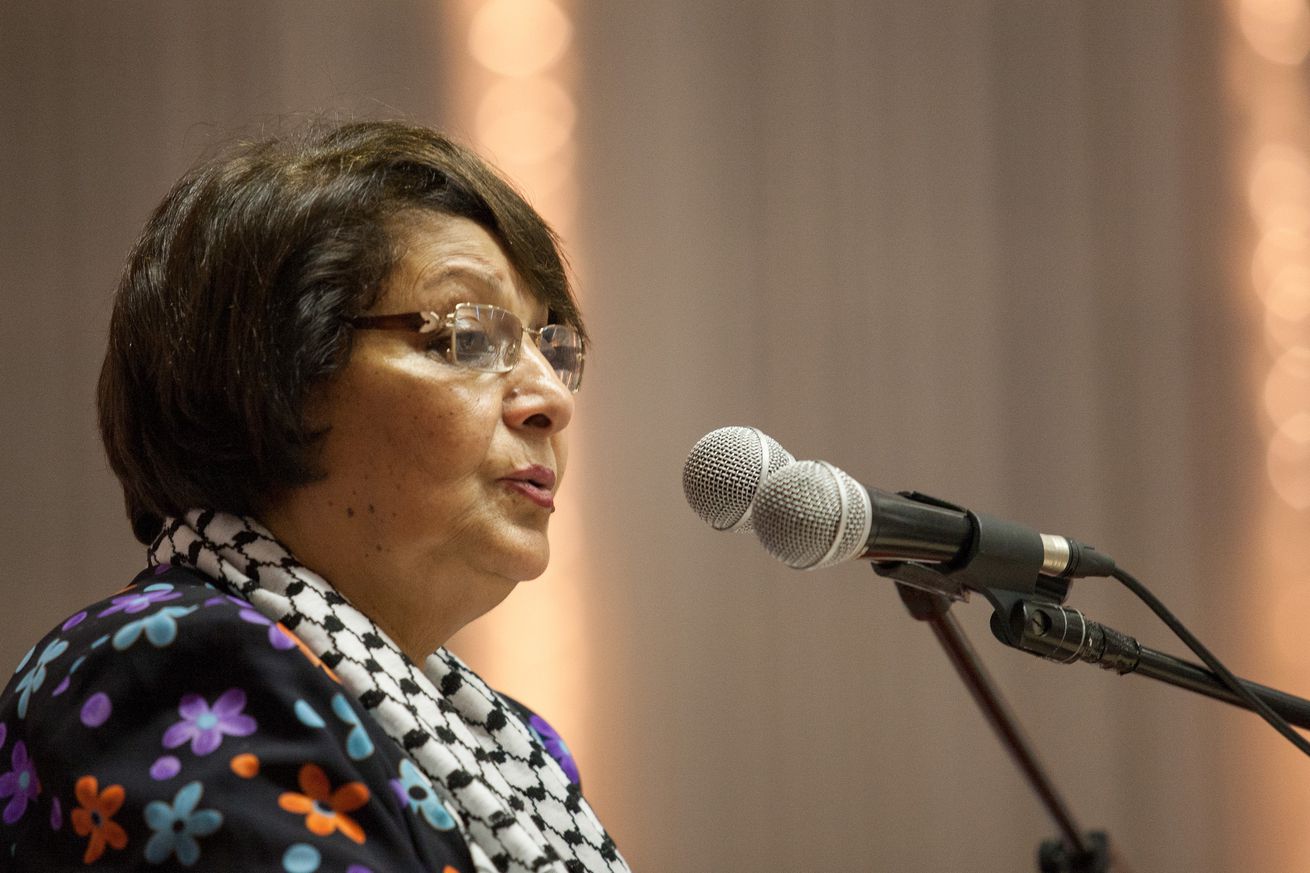 Leila Khaled giving a speech during an event for the Boycott, Divestment and Sanctions Movement (BDS Movement in South Africa in 2015. | Photo by Ashraf Hendricks/Anadolu Agency/Getty Images

Zoom has canceled a webinar due to be held at San Francisco State University (SFSU) this Wednesday featuring Leila Khaled, a member of the Popular Front for the Liberation of Palestine (PFLP) who took part in two plane hijackings in 1969 and 1970. YouTube and Facebook also intervened to stop the talk, according to reports.

The webinar was cancelled after pressure from Israeli and Jewish lobby groups including the Lawfare Project. They noted that the US government has designated the PFLP a terrorist organization, and claimed that by hosting Khaled on its service, Zoom was exposing itself to criminal liability for providing “material support or resources” to a terrorist group.

“the international pin-up of armed struggle”