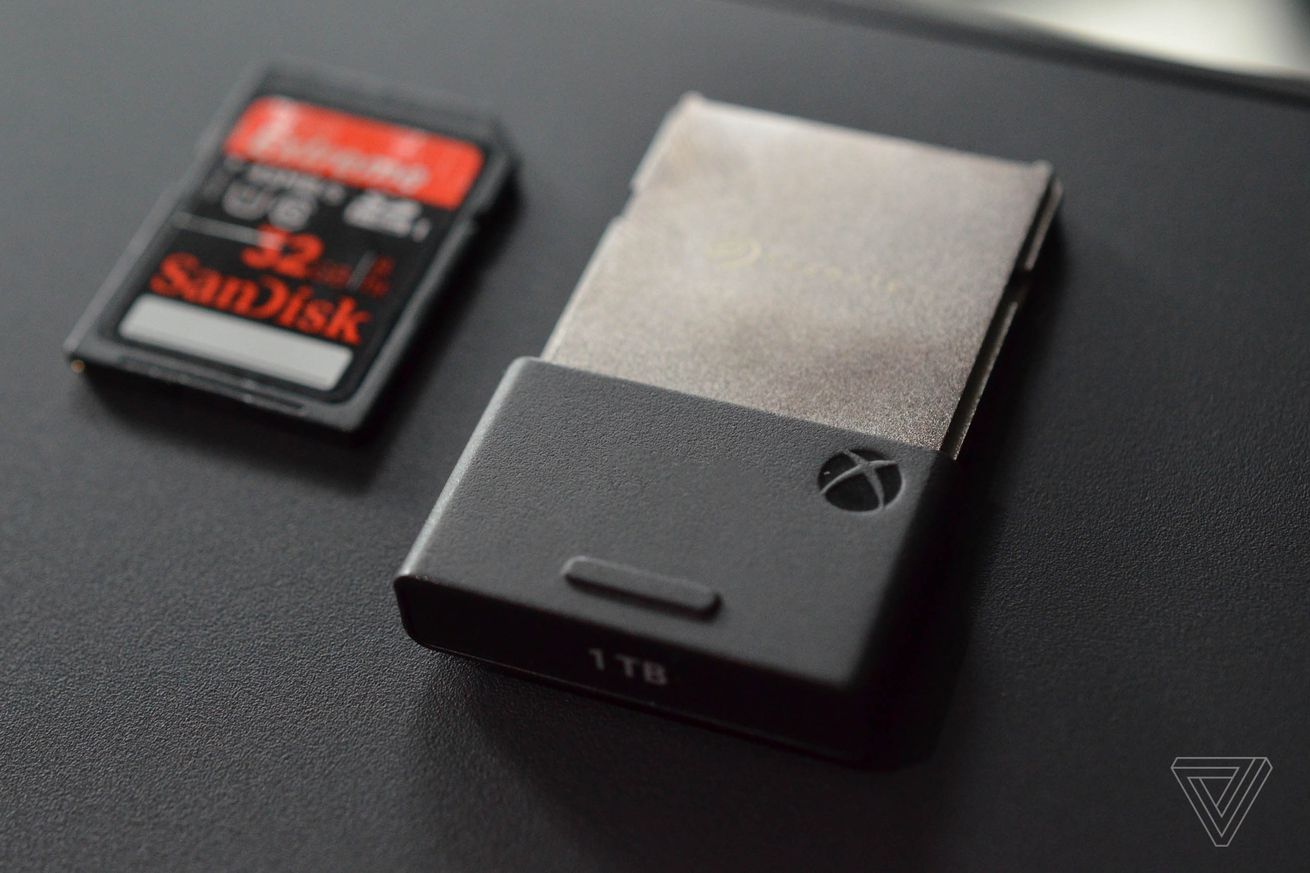 A 1TB Xbox expansion card compared to an SD card. | Photo by Tom Warren / The Verge

Microsoft’s first 1TB expandable storage drive for the Xbox Series X / S will be priced at $219.99. Best Buy has started taking preorders for the accessory, revealing a final price that had leaked recently. These expandable storage cards slot into the rear of both the Xbox Series X / S to match the internal SSD speed and provide 1TB of extra storage.

Microsoft’s expandable storage solution is proprietary, and only Seagate has been announced as a manufacturer so far. Microsoft tells me more suppliers and additional sizes will be available in the future, but the $219.99 price will still surprise many potential next-gen Xbox owners.