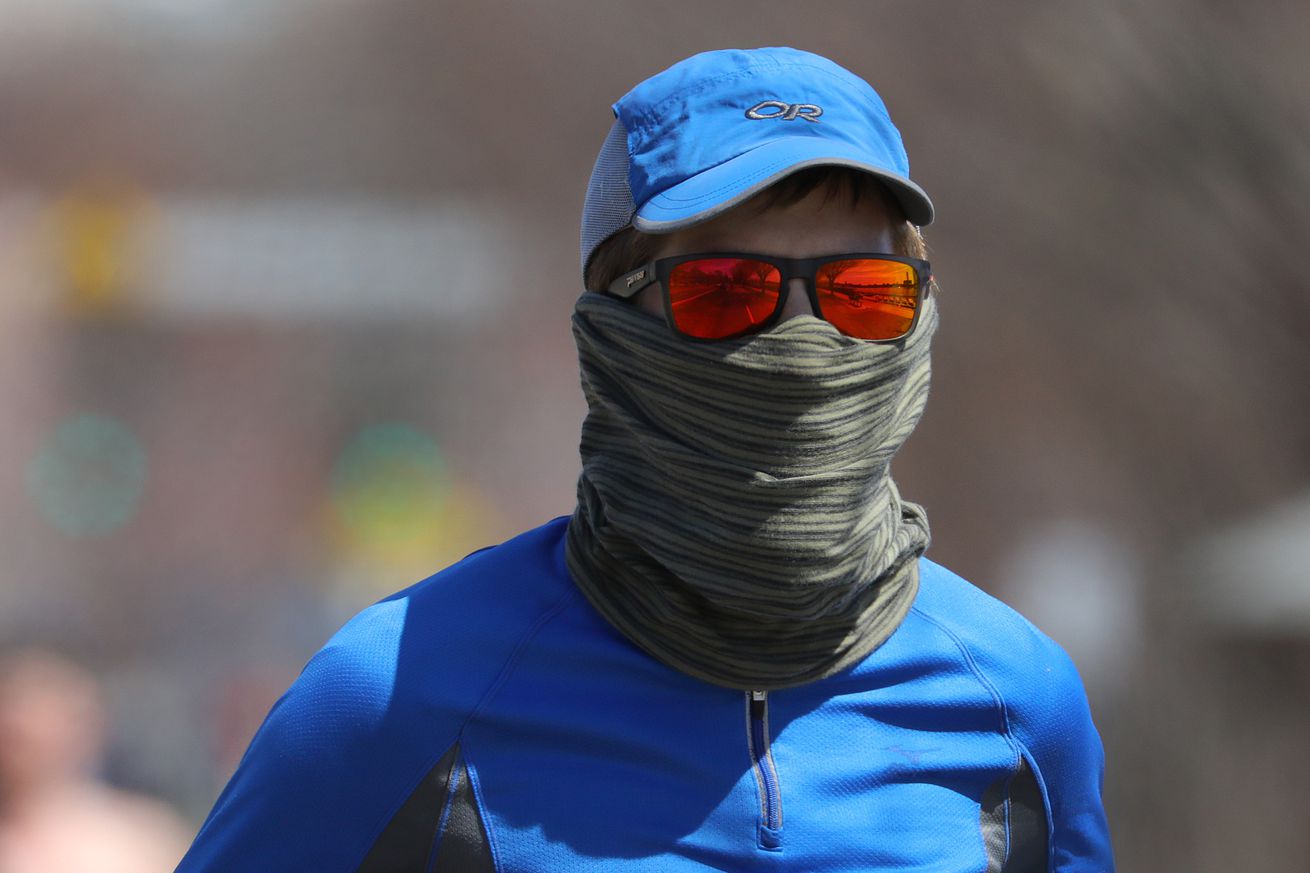 A jogger wears a gaiter as a mask in April, 2020. | Photo by Pat Greenhouse/The Boston Globe via Getty Images

A minor face-covering controversy broke out this week, thanks to a widely-misinterpreted paper involving masks, lasers, and spit.

The study, which came out in Science Advances on August 7, was pretty straightforward. It laid out a method that other scientists could use to test masks in their own labs. Using a dark box, some lasers, a cell phone camera and a relatively simple algorithm they figured out a way to test how effective different kinds of masks were at containing spit.

People spit when they talk. They also spew droplets out of their mouth when they breathe heavily, sneeze, or sing Hamilton tunes. That humid mess can contain viruses, which is one reason that everyone is now encouraged to wear a mask in public — to reduce the…