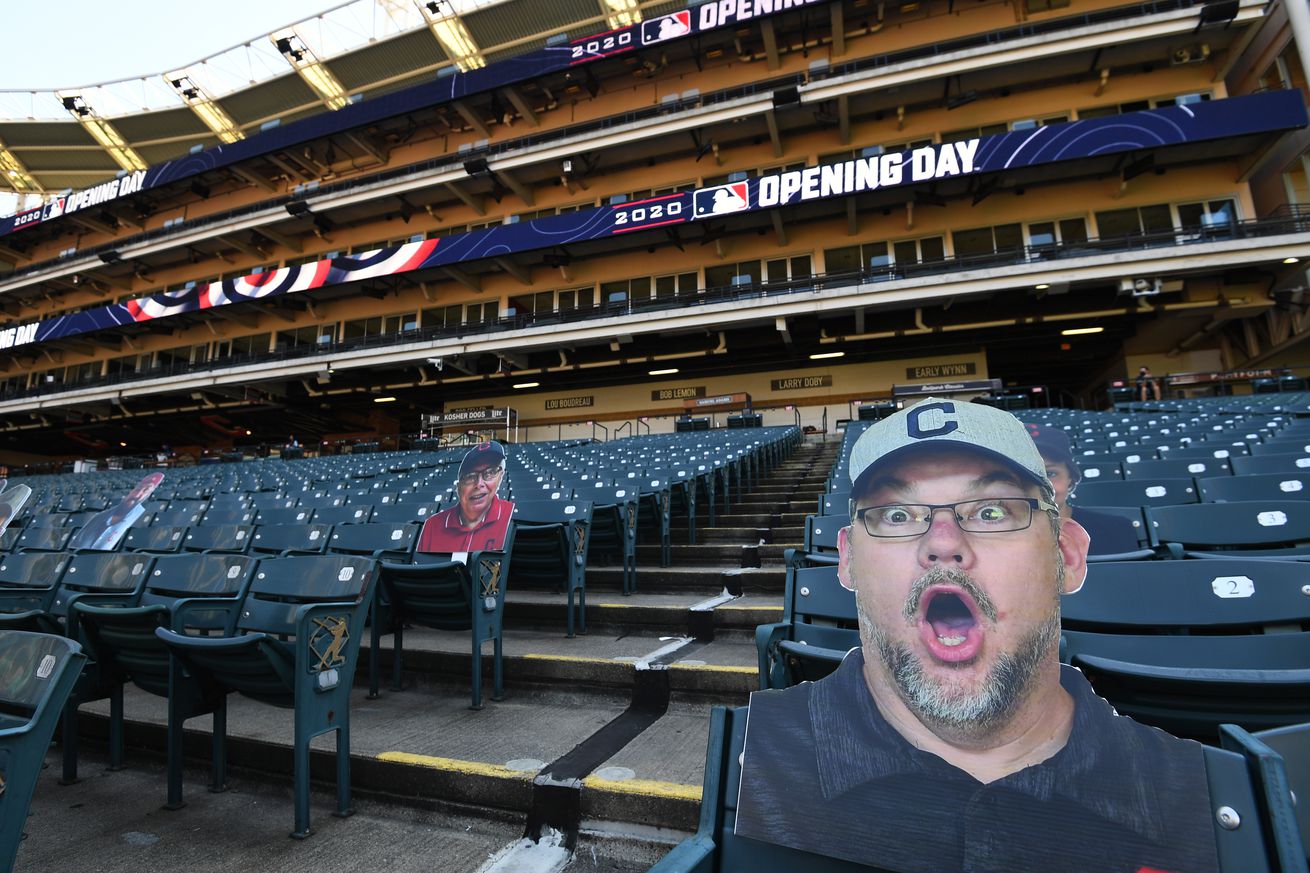 Does a non-cardboard person get this excited for Cleveland’s baseball team? | Photo by Joe Sargent/MLB Photos via Getty Images

As part of an attempt to make Major League Baseball games in this weird, coronavirus-shortened season seem as close to normal as possible, Fox Sports decided to create virtual fans, digital versions of cheering people who would react to the games broadcast on Fox the way real fans do.

Let’s just say they didn’t quite knock it out of the park.

As Nick Schwartz noted in USA Today, the virtual fans popped in and out of view during the broadcasts, appearing when cameras pointed toward the outfield, but then weren’t visible behind home plate, making for an unsettling experience. Ryan Parker of The Hollywood Reporter agreed: