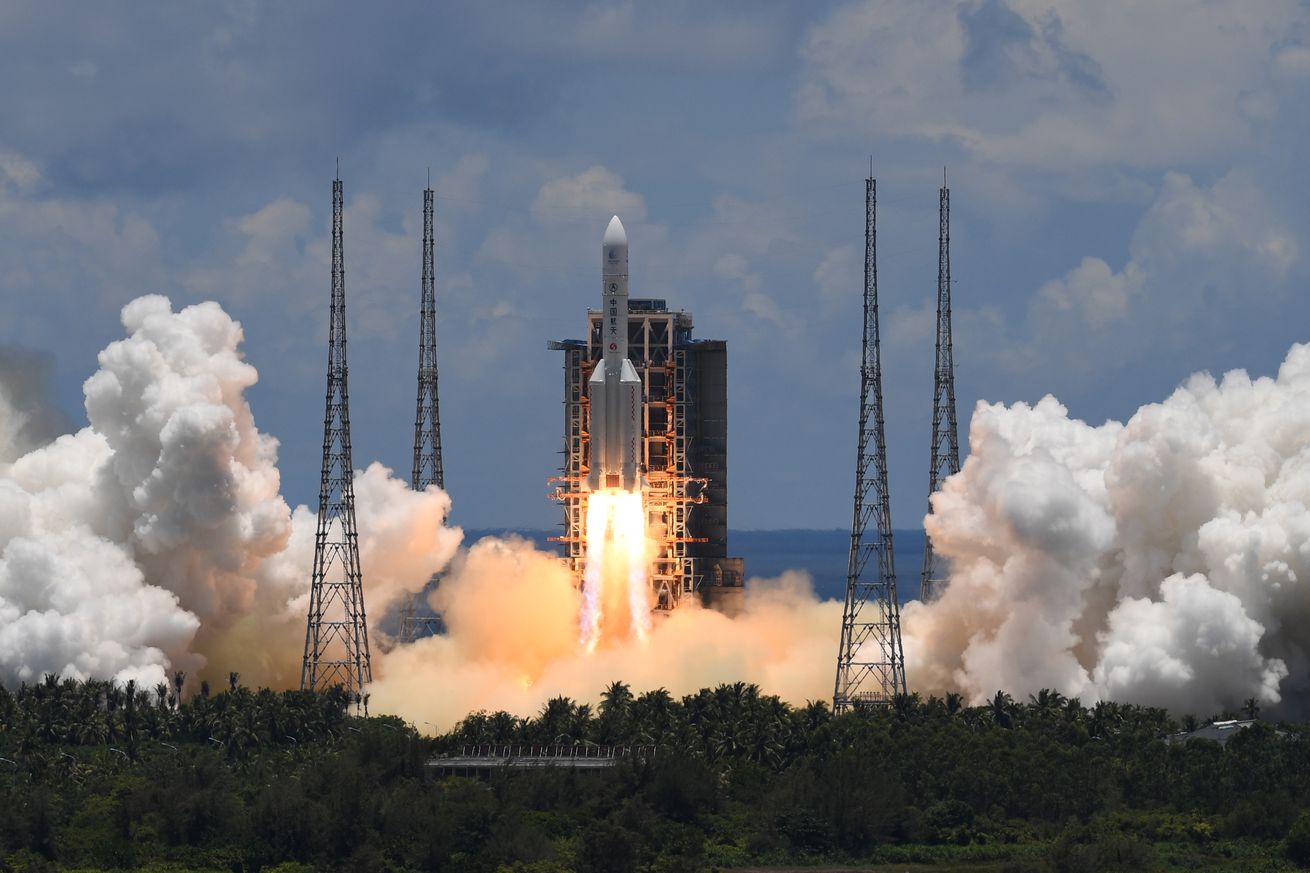 China has successfully launched its first major interplanetary mission to Mars. The launch begins a long seven-month journey through deep space, and once the mission reaches the Red Planet, China could become just the second nation ever to land and operate a rover on the Martian surface.

Called Tianwen-1, China’s mission consists of a Martian orbiter, lander, and rover. The trio launched on top of the Long March 5 from China’s Wenchang Spacecraft Launch Site in the early morning hours of July 23rd. The Long March 5 is one of China’s most powerful rockets, and this mission marked just the fourth launch ever for this type of vehicle.

China sends its first mission to Mars. Tianwen-1 was launched from Wenchang towards the red planet on a…