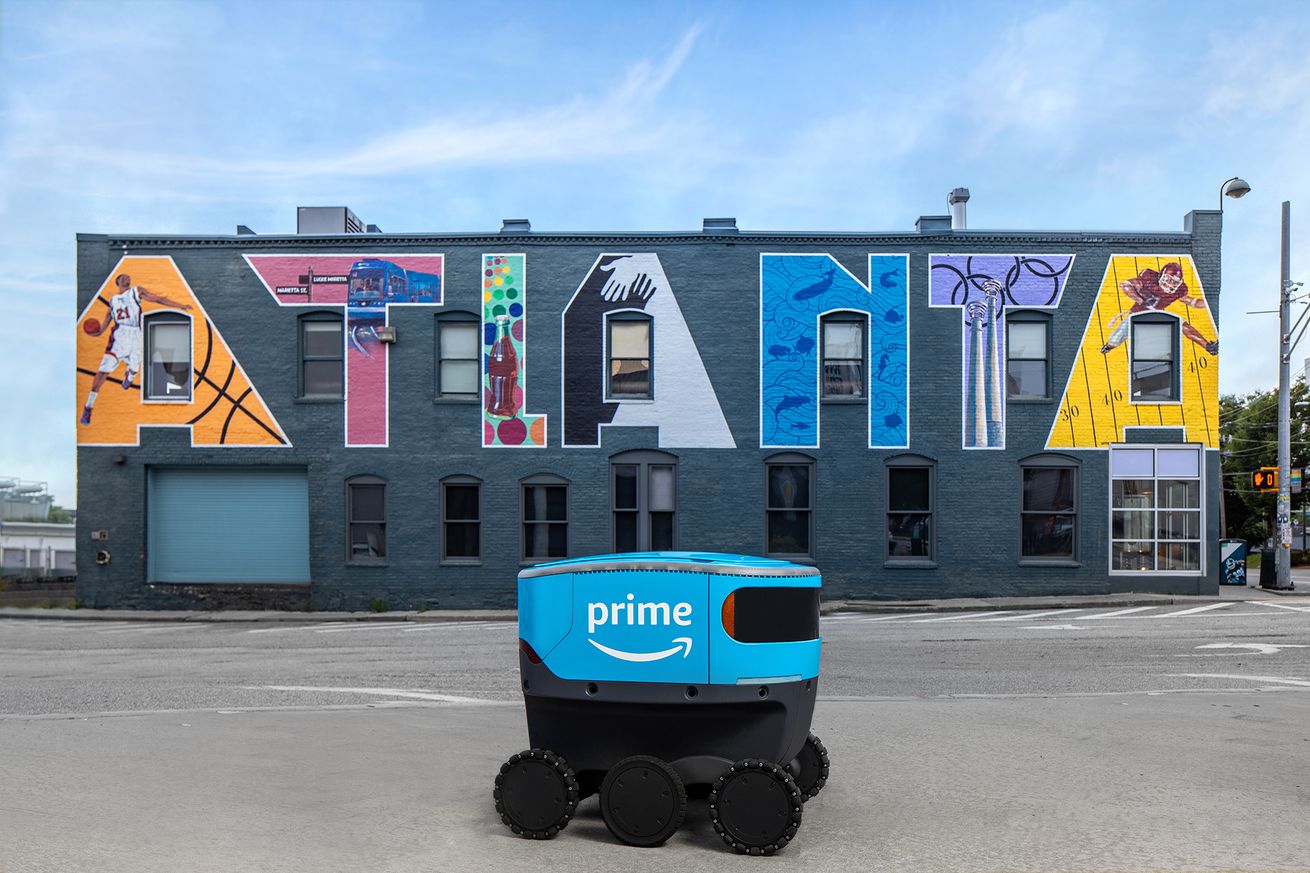 Amazon unveiled its six-wheel delivery robot, Scout, in January 2019, but has only been slowly expanding its field tests. After launching in a single neighborhood in Snohomish County, Washington and then adding a larger site in Irvine, California last August, Scout is now undergoing trials in Atlanta, Georgia and Franklin, Tennessee, Amazon announced today.

It’s unclear how many robots are on the road and how many customers Scout is serving. But it seems the bots are very much still prototypes, and are being treated with the caution appropriate for a company that’s built its reputation on speedy and reliable delivery.

Amazon says it has a “small number of Amazon Scout devices” operating in both Atlanta and Franklin, which will be…