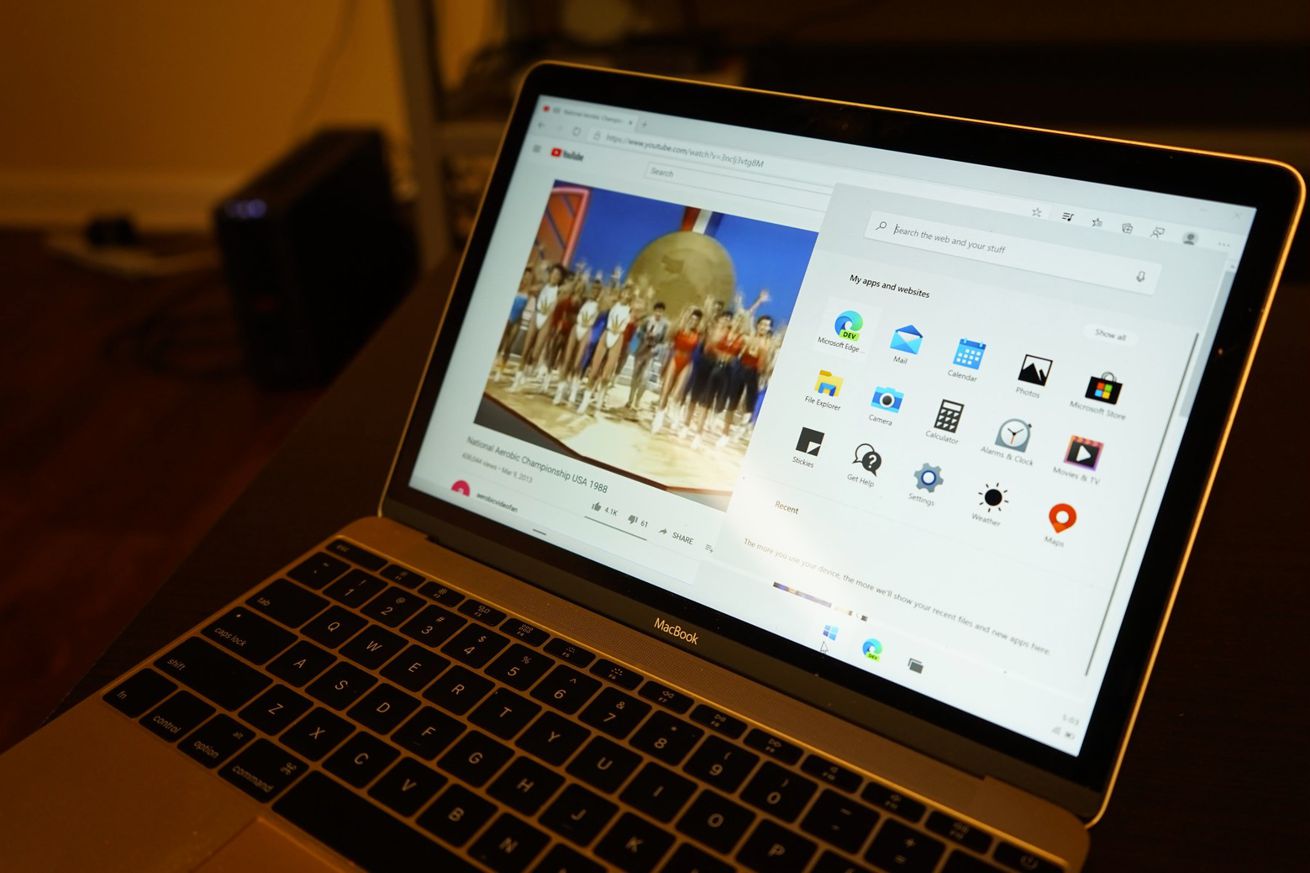 Windows 10X on a MacBook. | Image by imbushuo / Twitter

Microsoft’s Windows 10X operating system isn’t even out yet, but it’s already been installed on a MacBook and a Surface Go. The software maker released its Windows 10X emulator earlier this week, and people have managed to take this OS image and extract it and tweak it on real hardware.

One developer has installed Windows 10X on a MacBook, and a brief video shows that it appears to run well. Microsoft is designing Windows 10X to run on dual-screen devices, but it simply treats the MacBook as a single display and splits it in half so apps run on either side. It even appears to support casting to external displays.