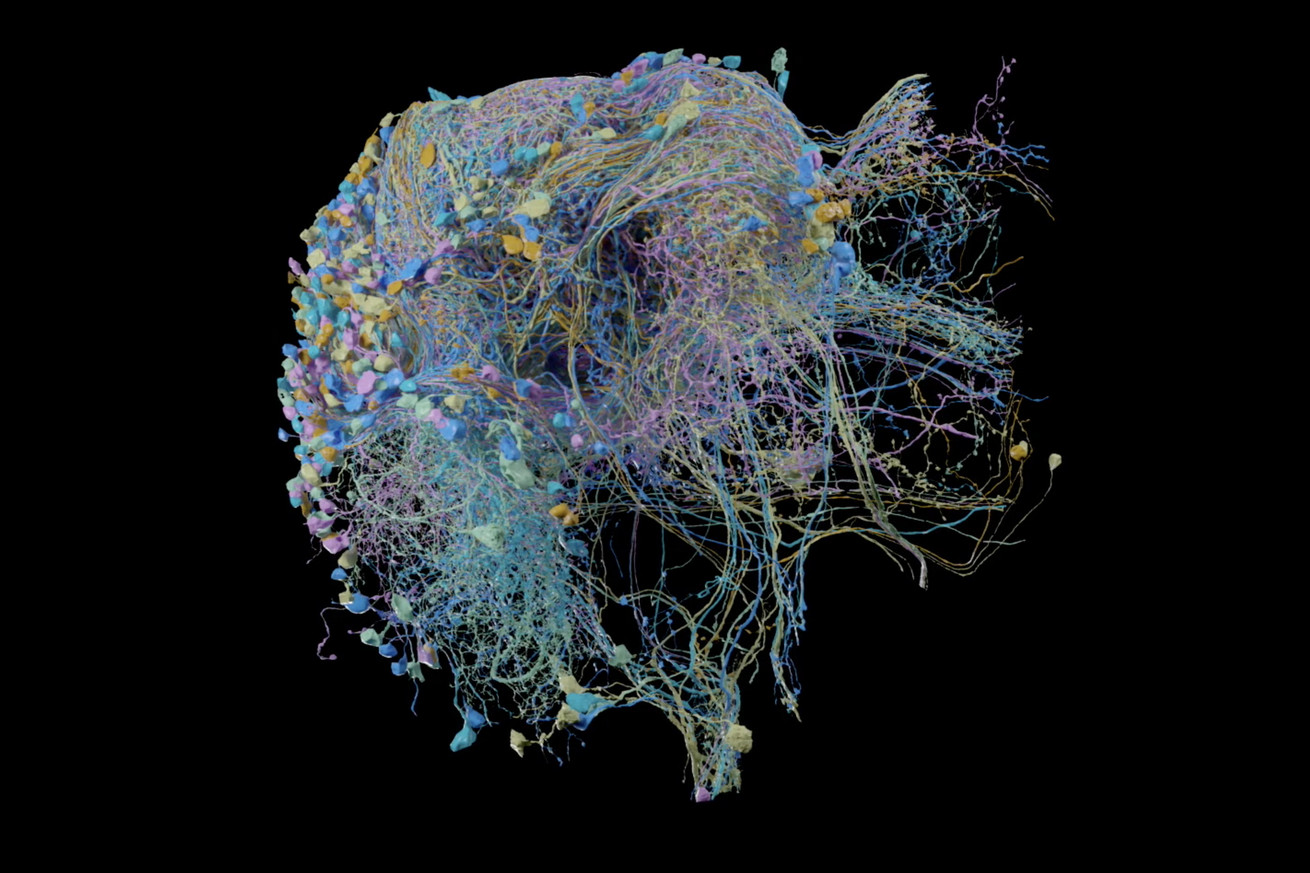 The new ‘connectome’ maps some 25,000 neurons in a fruit fly’s brain, a portion of which are shown here. | Image: Google / FlyEM

Scientists from Google and the Janelia Research Campus in Virginia have published the largest high-resolution map of brain connectivity in any animal, sharing a 3D model that traces 20 million synapses connecting some 25,000 neurons in the brain of a fruit fly.

The model is a milestone in the field of connectomics, which uses detailed imaging techniques to map the physical pathways of the brain. This map, known as a “connectome,” covers roughly a third of the fruit fly’s brain. To date, only a single organism, the roundworm C. elegans, has had its brain completely mapped in this way.

Connectomics has a mixed reputation in the science world. Advocates argue that it helps link physical parts of the brain to specific behaviors, a key goal…