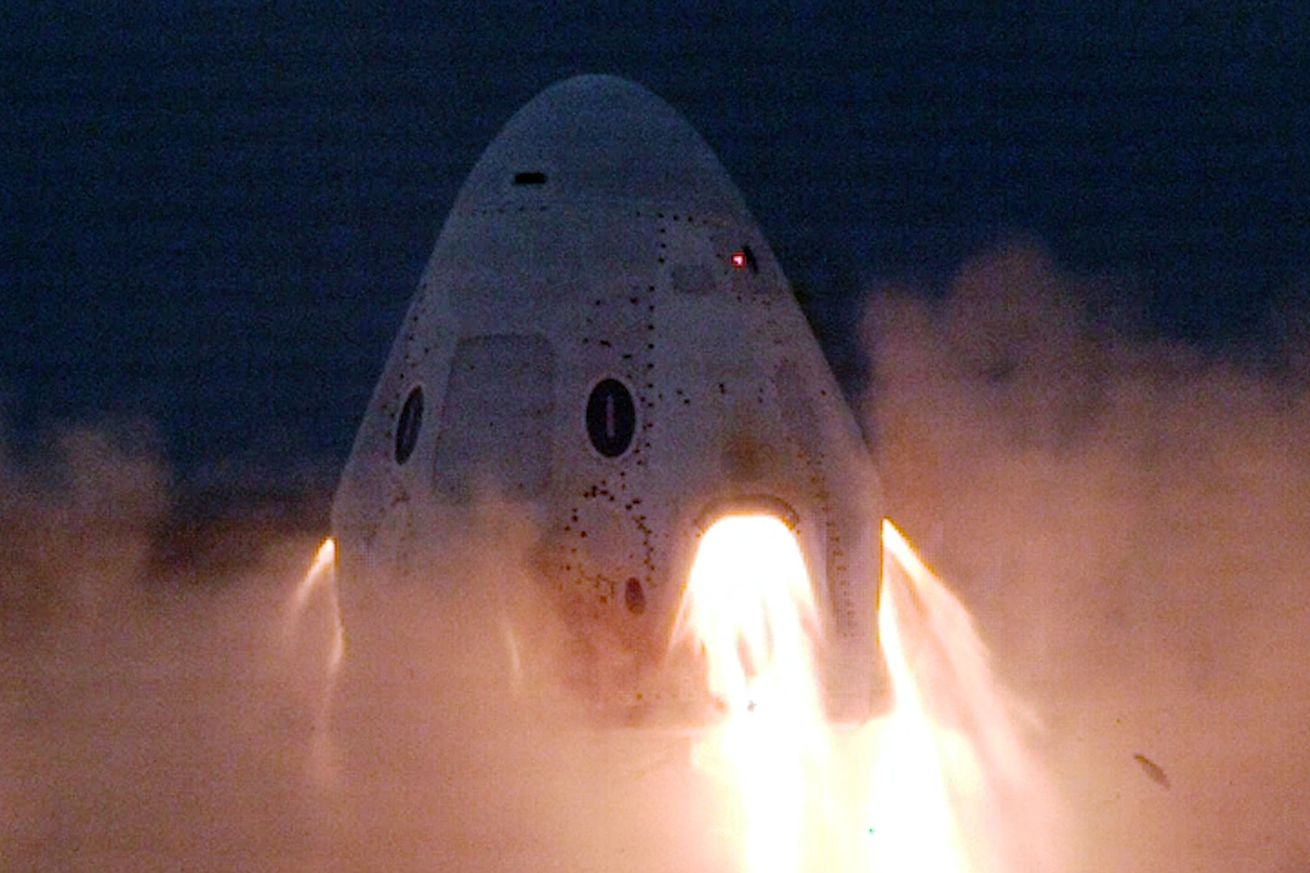 Last week, SpaceX fired up the engines on its new passenger spacecraft, the Crew Dragon, during a ground test, and now, you can watch the fiery show in all its slow-motion glory. Today, NASA released footage from the test, marking the latest milestone SpaceX reached as the company prepares the capsule for its next flight.

The engines, known as SuperDracos, are part of the Crew Dragon’s emergency abort system, which will definitely come in handy if anything goes wrong during a future trip to space. The engines are designed to ignite if the rocket carrying the Crew Dragon starts to malfunction. The thrusters will then carry the Crew Dragon to safety, prompting the capsule’s parachutes to deploy and gently lower the capsule into the ocean.