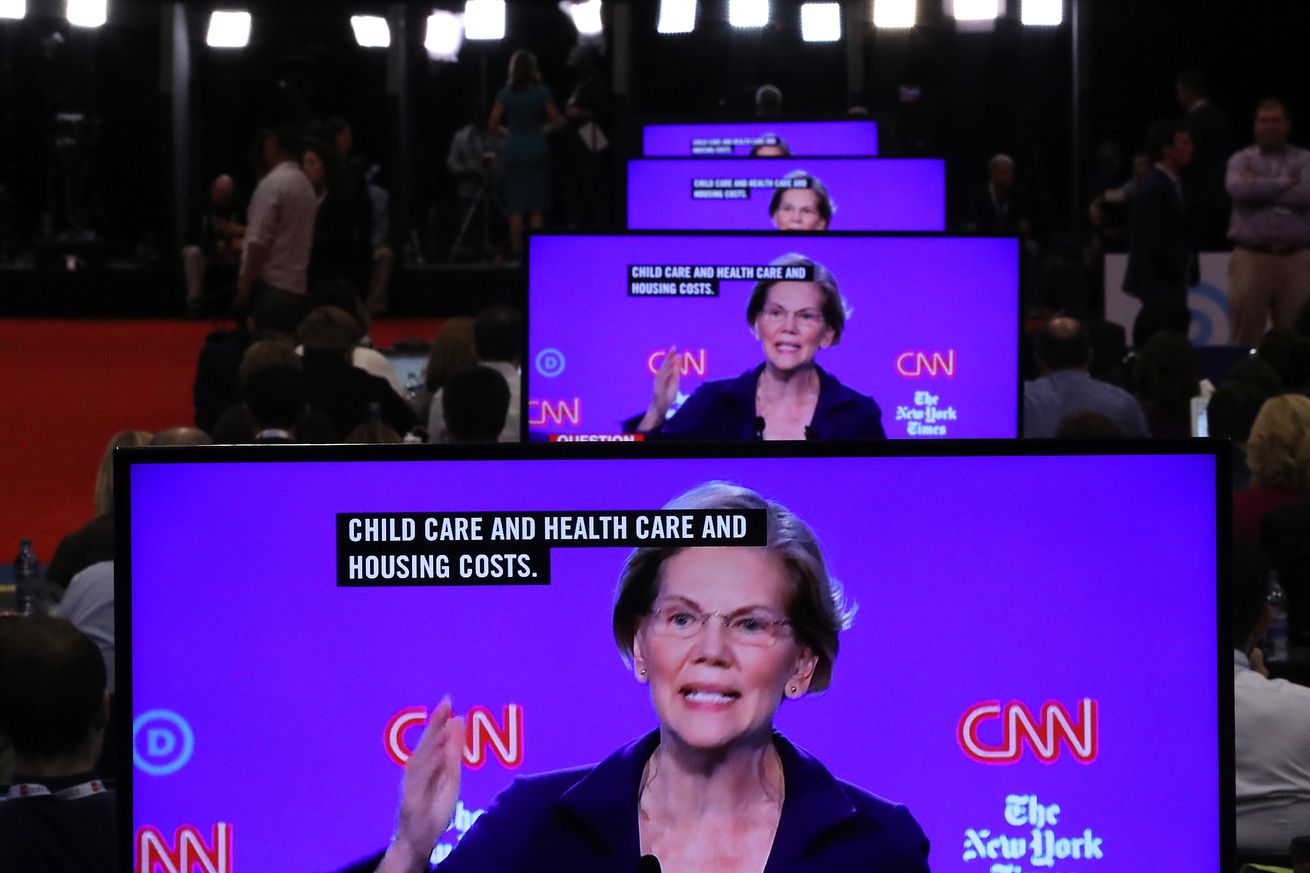 After six debates, the 2020 Democratic candidates addressed whether they would break up big tech companies like Facebook and Google, if they were elected president.

In March, Elizabeth Warren announced her grand proposal to break up big tech firms like Facebook, Google, and Amazon, arguing that their sheer size and market power have staved off innovation and made the industry non-competitive.

Outside of somehow conflating privacy regulation and content moderation into the antitrust discussion, no other candidate who answered the question of whether to break up Big Tech endorsed Warren’s plan. Entrepreneur Andrew Yang said that Warren’s diagnosis of the issue was “one-hundred percent” correct, but that “competition doesn’t solve all of…