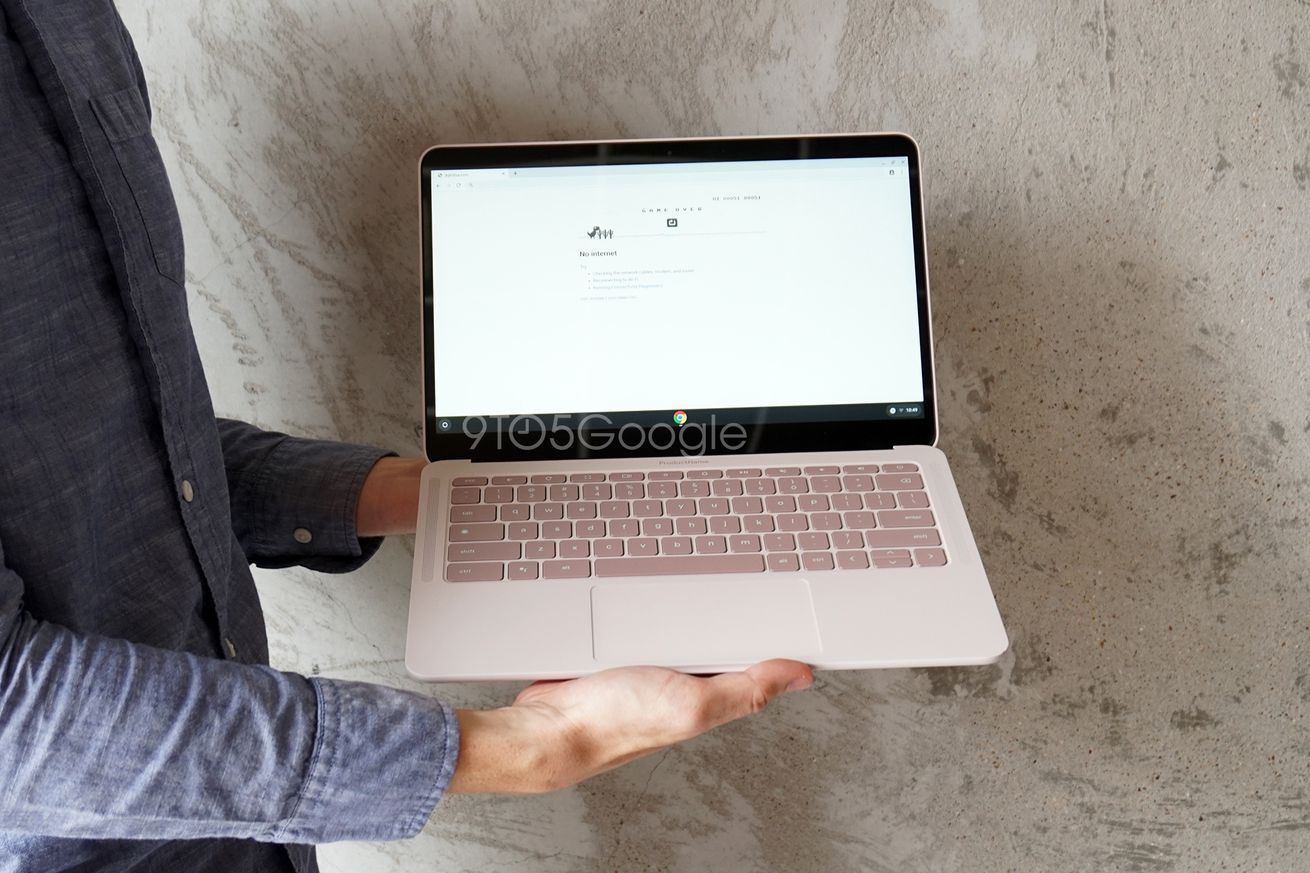 Ahead of Google’s big hardware event next week, 9to5Google has gotten access to what it claims is a prototype of the company’s new Chromebook, the Pixelbook Go. 9to5Google previously revealed specs and other details on the device last month.

As expected, the Pixelbook Go has a 13.3-inch 16:9 screen in either 1080p or 4K resolution, two USB-C ports, and options for Intel Core m3, i5, and i7 processors. Other specs are said to include up to 16GB of RAM, 256GB of storage, a 2-megapixel front-facing camera, a headphone jack, and the Titan C security chip seen in the Pixel Slate.

The Pixelbook Go appears to have an unusual ribbed texture on the bottom, which 9to5Google describes as “somewhat similar to a washboard or the roof of a dog’s…