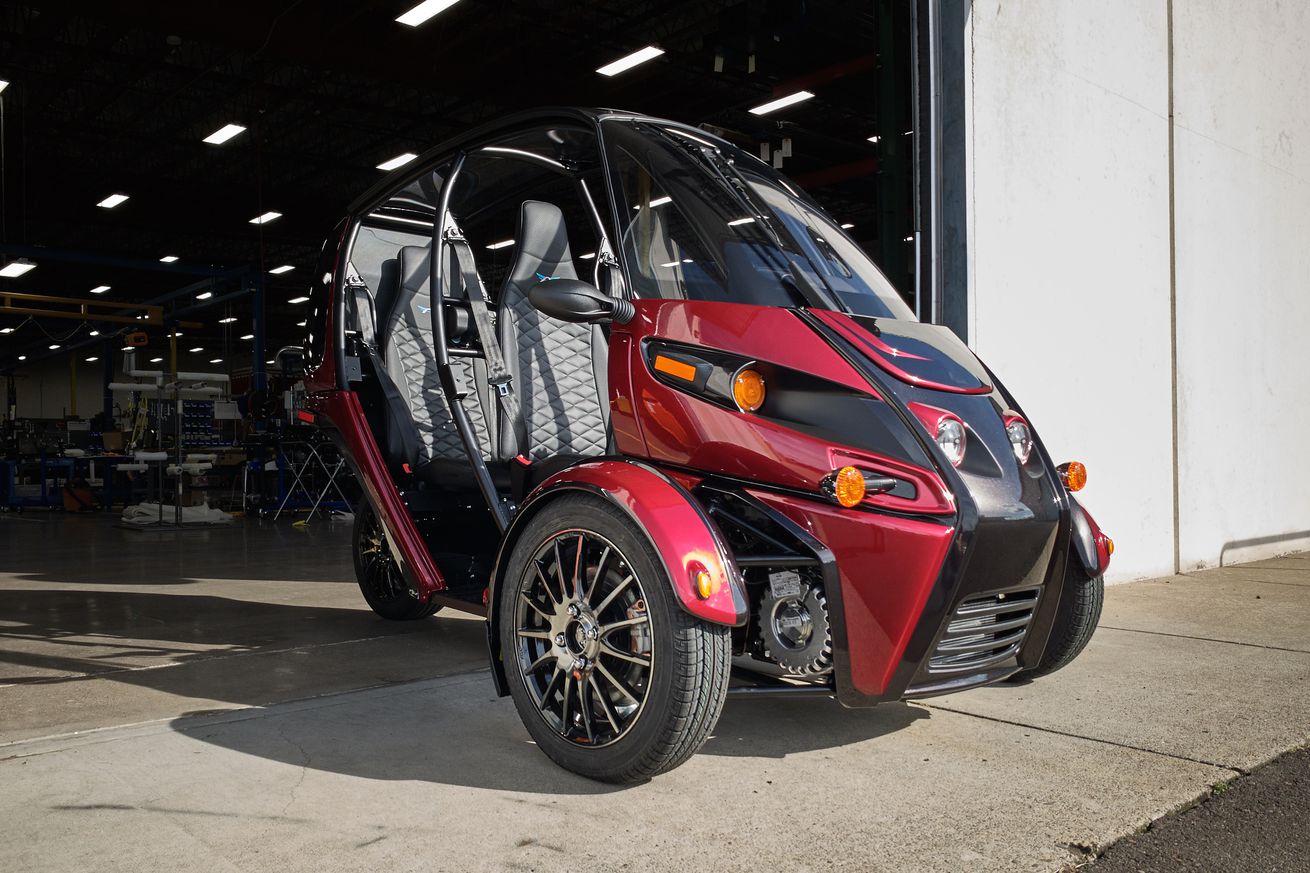 More than three years after Oregon’s Arcimoto let us drive a prototype version of its delightfully oddball three-wheeler, the electric vehicle is finally going into production, and deliveries are underway. The EV startup announced Thursday that it’s handing over the first Arcimoto SRK that has come off the production line, and that customers who placed deposits in California, Washington, and Oregon are about to get their vehicles, too.

Arcimoto calls the SRK a “fun utility vehicle,” or FUV for short. (It’s even the company’s stock ticker.) It’s a two-seater EV that you drive using motorcycle handlebars, though it’s one Arcimoto has said people won’t need a motorcycle license to operate.