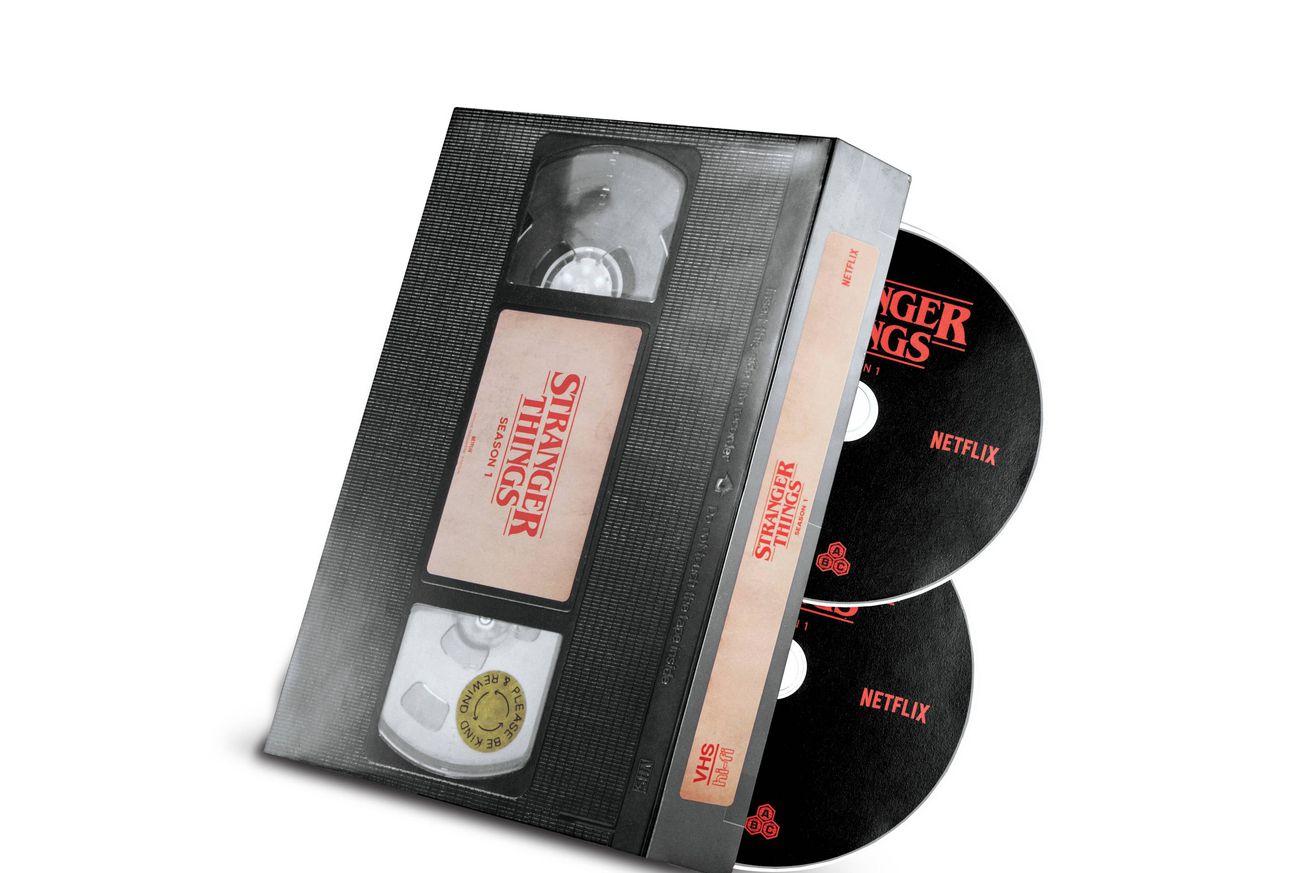 If you’ve caught Stranger Things at all during its first or second season, you’ll have seen how much it relies on the nostalgia factor. Old Ataris, Eggos, Three Musketeer candy bars at Halloween, and plenty of old 80’s music make the show feel like a trip in a time machine. The show also has plenty of VHS tapes, which its characters use to record important memories and re-watch favorite films.

Now, non-Netflix subscribers can check out the Stranger Things. To celebrate the show’s second season, Target released an exclusive collector’s Blu-Ray / DVD of the show’s first season, designed to look like a faded and worn VHS tape.

Inside the faded cover, a box that resembles a VHS tape contains four DVD discs. It seems whoever…